How to celebrate Mabon? 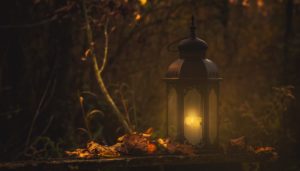 Mabon is the seventh Sabbat in the Wiccan wheel of the year that symbolizes the start of autumn. It happens every September 21st of the year with the focus on second harvest of the year and the balance between light and day. In Wicca, this is the time when the Sun King descends from his place, and will be reborn during Yule.

Mabon is also known as the counterpart of spring equinox called autumn equinox. Autumn equinox is a phenomenon when the Earth receives the same amount of light during the day and dark during the night. The latin word equinox translates to “equal night”.  After this season, the days will be shorter in the northern hemisphere which is why some countries adjust their times for daylight saving time.

This sabbat celebrates the abundance of harvest and to appreciate the Earth for giving fertility during the spring season. At the same time, this sabbat also marks the start of soil degragation as the weather becomes colder. In modern times, this can be similar to the thanksgiving holiday of America originally held during October, and not November. 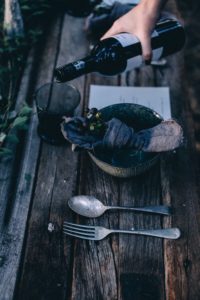 Just like other Wiccan holidays, there are many ways to celebrate Mabon. According to Patti Wiginton, here is a list of things that you can do if you are new to the religion:

One of the easiest way to kick-off the celebration of Mobon is to set up an altar. Since Mabon is held during autumn, cover your alter with cloths that have earth and neutral tones such as yellow, orange, red, and brown. This sabbat is also the time of the second harvest so using symbols that relate to harvest like baskets, corn, wheat, squash, and root vegetables should be on your altar. Another aspect of this season is the equinox or balance. To symbolize this, decorate your altar with symbols such as yin and yang or a black and white candle, and other things that represent balance.

Similar to thanksgiving, this is a season for gratitude and appreciation of the abundant harvest for this year. Invite your friends and set up a food altar containing common harvests in your area during autumn with fruits such as apples, berries, or grapes; nuts such as hazelnuts and pecans; grains like corn, wheat, and rice; and the vegetables such as pumpkins, tomatoes, eggplants and others.

Unlike thanksgiving where you gather many dishes and eat everything in one sitting, Wiccans and Pagans gather food to donate to charities or soup kitchens.

We discussed in our previous articles that one of the main goddesses of Wicca is the triple goddess. In this sabbat, we honor her crone aspect – the dark mother; as well as Demeter, greek goddess of harvest and her daughter Persephone, goddess of vegetation.

Prepare the following items: a bottle of wine, a pomegranate, red and yellow flowers for Demeter, and purple or black for Persephone. As well as candles with the same color then do the following:


“The land is beginning to die, and the soil grows cold.
The fertile womb of the earth has gone barren.
As Persephone descended into the Underworld,
So the earth continues its descent into night.
As Demeter mourns the loss of her daughter,
So we mourn the days drawing shorter.
The winter will soon be here.”

Light the Demeter candle, and say:


“In her anger and sorrow, Demeter roamed the earth,
And the crops died, and life withered and the soil went dormant.
In grief, she traveled looking for her lost child,
Leaving darkness behind in her wake.
We feel the mother’s pain, and our hearts break for her,
As she searches for the child she gave birth to.
We welcome the darkness, in her honor.”

Open the pomegranate and take out the seeds. Place them on the alter and say:

“Six months of light, and six months of dark.
The earth goes to sleep, and later wakes again.
O dark mother, we honor you this night,
And dance in your shadows.
We embrace that which is the darkness,
And celebrate the life of the Crone. Blessings to the dark goddess on this night, and every other.”

Place the wine on the altar, hold your arms out in the Goddess position, and reflect on the darker aspects of human experience and say:

Apple tree is a good symbol of wisdom and guidance that will connect you to deities. This apple ritual will allow you to show your gratitude to the Gods and Goddesses for a wonderful harvest.

To do this, face your altar holding an apple in both hands and look up the sky. Say:

“The apple is sacred, a symbol of the gods,
and holds the knowledge of the ancients inside.
Tonight I ask the gods to bless me with their wisdom.

Five points in a star, hidden inside.
One for earth, one for air, one for fire,
one for water, and the last for spirit.

Next, turn to the south and say:
I call upon the wise ones, the ancient gods,
as the sun moves away and fire fades,
to be replaced with the chill of the night.
Finally, face west, and say:
I will reflect on the guidance of the gods,
and let the cool autumn rains wash over me,
cleansing my heart and soul.”

Reflect at each prayer and feel the different energies coming from different directions that you faced. Raise a cup of wine or cider and say:

“The wild god returns this night to the belly of the Mother.
The mother goddess tonight becomes the Crone.
As the Wheel of the Year turns, the earth dies a bit each day.
I willingly follow the old gods into the darkness,
where they will watch over me, protect me, and keep me safe.”

This is the most simple ritual that you can do to celebrate Mabon. To see the mood, focus on your emotions by removing excess baggage that you are feeling. Light a black and white candle and say the following prayers:

“A balance of night and day, a balance of light and dark
Tonight I seek balance in my life
as it is found in the Universe.
A black candle for darkness and pain
and things I can eliminate from my life.
A white candle for the light, and for joy
and all the abundance I wish to bring forth.
At Mabon, the time of the equinox,
there is harmony and balance in the Universe,
and so there shall be in my life.”

After the ritual, express your gratitudes to the deities for the wonderful harvest and balance in life, release all your emotions, and accept that there will be dark days in life just like how the season transitions from autumn to winter during Mabon.

If you are still new and do not know where to get the right tools to practice the rituals, you may check out www.wiccanonlineshop.com.